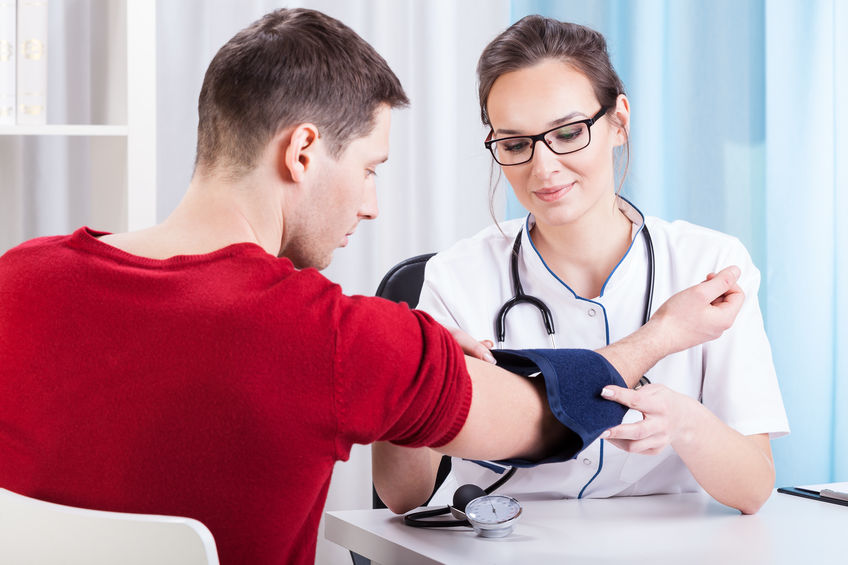 In order to talk about an association between these two diseases we must first understand how high blood pressure affects the body and how the progression of the disease can ultimately affect the sexual performance of a man who has it.

Hypertension is a chronic disease in which blood pressure figures rise progressively over the years, it is very prevalent in the general population, affecting up to 50% of adults in some populations. The cause in most cases is unknown and has an important hereditary component. When there is a direct cause it is considered secondary hypertension but it is not the most common case.

Hypertension is a disease that has no specific symptoms, many of the people debut in this disease presenting some of its complications such as;  heart attacks, angina pectoris, cerebrovascular diseases (cerebrovascular accident) and peripheral vascular disease;  the latter could explain the origin of erectile dysfunction, since hypertension subjects blood vessels to pressures for which they are not designed, lesions are constantly generated creating scars that lead to their hardening and narrowing, this process mainly affects organs… Specific targets among which are the kidneys, the brain and the penis in men, that is why in all patients who consult for erectile dysfunction (ED) the presence of undiagnosed hypertension should be ruled out.

In addition to all the above mentioned, we must emphasize that hypertensive patients usually also present other diseases related to bad habits of life such as obesity, diabetes and respiratory diseases derived from sedentary life, poor diet and excessive consumption of alcohol and cigarettes. So, in addition to direct damage to the vessels caused by high pressure, these other diseases predispose to the formation of fat plates in the light of the already hardened and narrow arteries making the blood flow even more difficult to our interest organ; the penis.

Another possible relationship that has been raised between ED and hypertension stems from the theory that the drugs used to treat hypertension have as a side effect the decreased sexual performance of the patients who take them. However, a direct cause has not been established between the use of these medicines and the quality of erections or sexual performance of these men. One of the most validated explanations has been the fact that given the state of the arteries responsible for filling the cavernous bodies with blood during erection in hypertensive patients, a higher blood pressure is required to fill them, generate the erection and maintain it, and since these drugs seek through various mechanisms to lower blood pressure to avoid future complications, the generation of the erection is doubly truncated by the various processes already mentioned.

It goes without saying that whenever you want to start or stop any medication it is best to consult your doctor first, because although medications for hypertension do not interact with Sildenafil, some medications prescribed to treat other diseases that usually come in combo as hypertension if, as is the case of nitrates in patients by infarction or those who current level of cytochrome P3A4 enzyme as alpha blockers.

Finally, the best recommendation is to avoid the future development of hypertension and any of the other diseases derived from sedentary and bad habits, moderate physical activity and a healthy diet are the measures that have shown the best results in reducing the appearance of these diseases.

One thought on “Hypertension causes erectile dysfunction, reality or myth?”